Today, the Urban Sketchers gathered at Union Station to record the festivities of National Train Day.
I started with a quick sketch of a fellow sketcher. 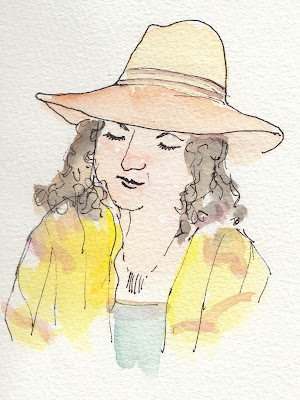 Next, I tried to capture the crowd waiting in line for a close up look at an old steam engine. There were people of all ages, lots of little kids, train buffs, and several clowns.

After a while, I escaped the crowds and sketched in the garden outside the station.This napper had a dog that watched over her. There was really only the one dog, but I liked it in both positions. Later, another young woman switched places with this one and brought another dog! I felt like my sketch of two dogs made it happen:) I decided I'll draw a large pile of money to test this theory. 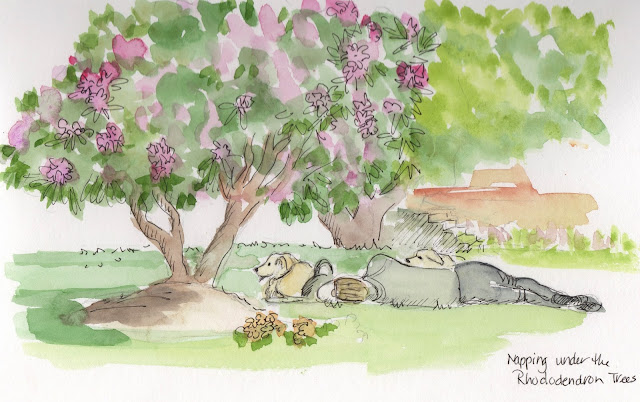 I went back for another quick sketch of this engine and added the gel pen and marker at home.

As always, it was fun and inspiring to sketch with the Urban Sketchers of Portland.
Posted by Vicky at 7:04 PM