I had several opportunities to sketch this week, which was a great way to end the year.  Here's to many more sketches in the new year with all of you in our sketching community!  Btw, we welcome visiting sketchers as well, so if you travel to Portland in 2016 be sure and join us if you can. 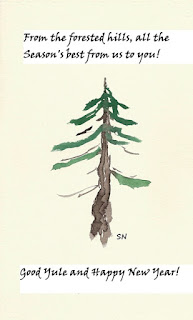 Merry Christmas to you all! With luck, I will see more of you in 2016!

Posted by SusanLayne at 7:36 PM No comments:

I was in Seattle for the weekend, and arranged to get into town early enough to meet up with some Seattle Urban sketchers for an outing to the Reindeer Festival at Swanson's nursery.

Two reindeer, Dasher and Blitzen, who were more restless than the ones that I'd stumbled upon earlier in the week.  But then Blitzen turned her butt my way and put her head down to eat. 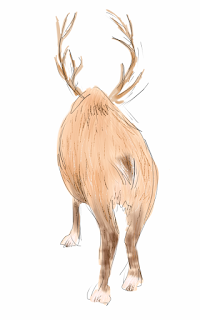 One camel, named Curly.  Evidently, he was good friends with the festival's Santa.  He stopped by Curly's cage on his way to his shift, and as soon as Curly heard Santa's bells he craned his head around to look for him.  And gave a great harrumph when he hove into view.  Which was camel for "About time you got here!  How about coming over here and scratching my ear?" 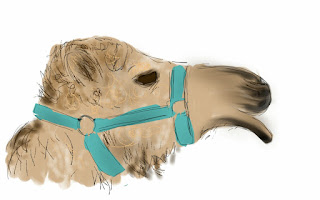 I was pretty chilled by now and headed inside to check out the model railroad, sketching in the intervals between kids. 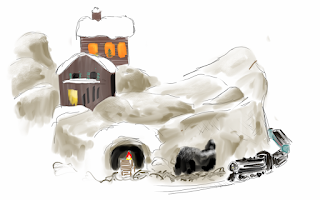 And then finally found the koi pond in the cafe. 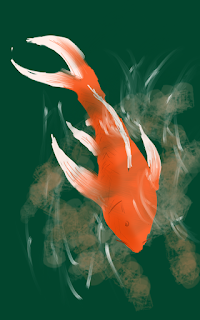 "Allow Me" in an ugly Christmas sweater
  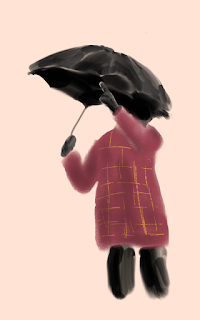 And a bit of another group of carolers
  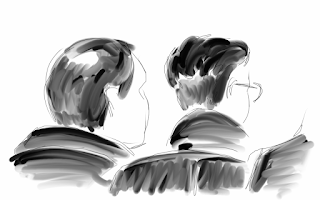 Montgomery Park had rented a couple of reindeer and invited the kids from the Montessori school across the street to come and see them.  When the kids lined up and trooped into the building to carol the lunch crowd, I stuck around and did this: 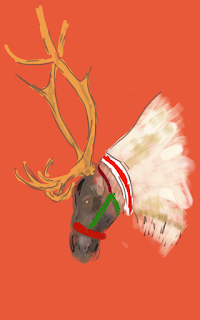 This sweetheart is Dasher, 7 years old and the mother of a 7-month old.  The daughter was nearly as big as her mom, but with short, spindly antlers. 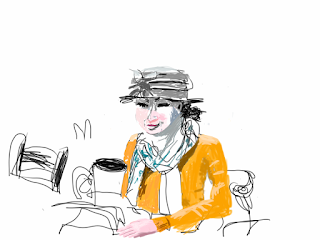 Saturday, December 12, Sketch Crawl - learn about sketching on an iPad

People with iPads will bring them and show us the apps they use and how they use them.

Schedule:
10am:  Meet at Jim and Patty's Coffee, 2246 NW Lovejoy St, for introductions and coffee, followed by informal app demos by Anne, Christine, and Ali.
11am:  Venture out on NW 23rd to sketch with new knowledge.
12noon: Return to Jim and Patty's for sketch sharing and lunch.

Posted by Andrea at 8:57 PM No comments:

With encouragement from Vicky and Janene I went back into my sketches from the Multnomah Library windows in a previous post.
I added color to the sky trying bring a greater contrast between it and the buildings. And it was a clear blue sky that day. 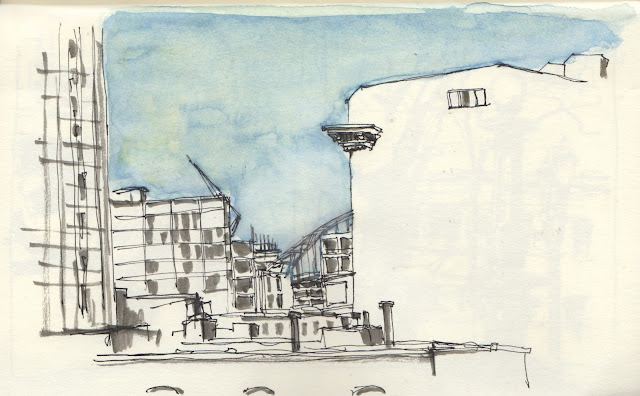 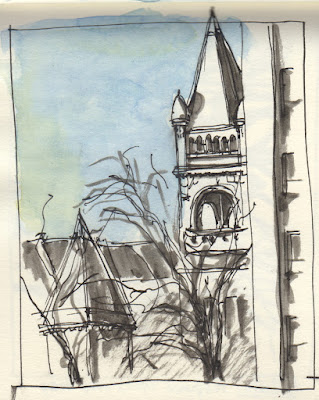 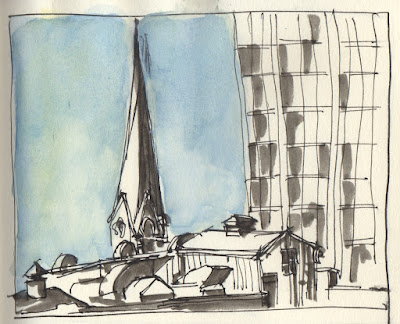 Just like your usual science museum.  But with food and booze and live music.  And no kids, so you can play all the games without guilt. 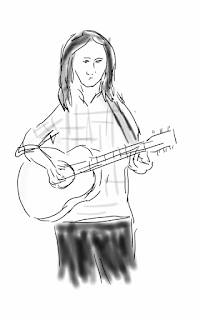 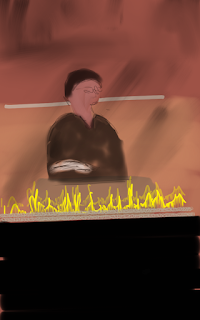 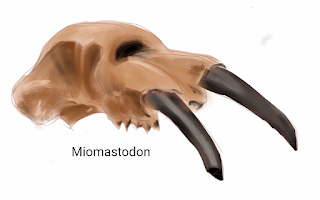 Thank you to all who came to the Post Thanksgiving sketch crawl.
After getting our much needed coffee fix we walked across the street to sketch in the library.
A few brave souls sketched outside!
It was nice to get to know Laurie Wigham from SF, who fit right in with the Portland sketchers!
I enjoyed the challenge of the beautiful architecture in our library. 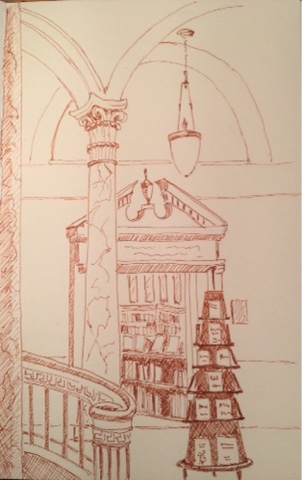 Posted by Dailysketches at 6:37 AM 2 comments: