It's Cherry Blossom time again at Tom McCall Waterfront Park. The weather has been strange so it's hard to know for sure if the cherry blossoms will be ready.  Blooms or no, we still have Ankeny Fountain, Saturday Market, and Old Town/Chinatown nearby. 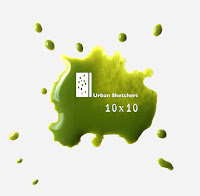 If you ever wanted to learn how to draw quickly on location, capturing a variety of exciting city scenes and colorful subjects using your direct observation skills now is your chance. Together with the International Urban Sketchers organization we are organizing a series of on-location workshops aimed at honing your sketching skills and covering such topics as portable watercolor sketching, perspective, drawing people on the move, sketching city panoramas, and many more. Workshops take places in fun locations around Portland starting in March and continuing through early November. We are offering scholarships to students to make sketching even more accessible.

Posted by Andrea at 6:54 PM No comments:

Staying Inside at Andrea's

Some intrepid souls ventured forth into the damp and windy February morning but we had a lovely time indoors drawing each other and rearranging all the excess art supplies on the tables. The waffles were fantastic! 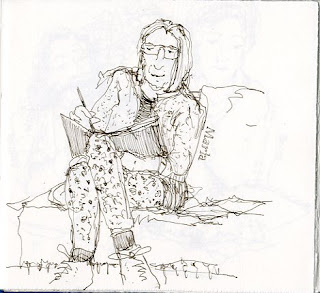 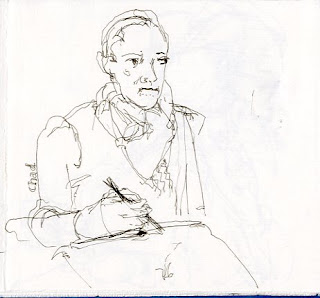 Posted by Kay French at 9:55 AM No comments:

Thanks to Andrea for hosting our monthly gathering in Portland's Boise neighborhood. Waffles, art supply exchange and a warm place to gather and share. What else could you ask for?
I wandered over to North Mississippi Ave. and found a place out of the wind and rain to do a litle outdoor sketching.  Thanks to Paul and Ali for joining me and to help keep me motivated. 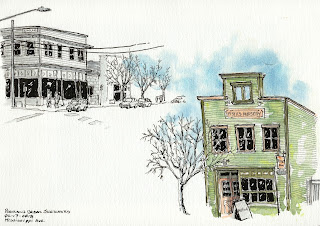 Posted by Glenn Tyler at 8:37 AM No comments:

A bunch of people showed up at Andrea's and piled their no-longer-wanted art supplies on a table in the hall, and then chatted over coffee and waffles.  About half of us stayed there, settling down in the warm to sketch each other and Andrea's house plants, while the rest of us ranged up and down Mississippi. 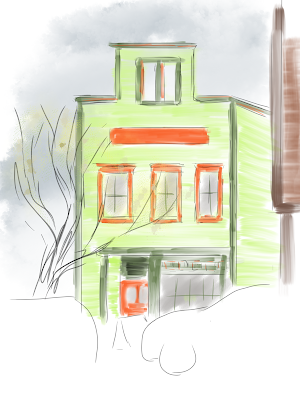  I walked out with Paul, a tall young man who had just started sketching, and we soon found Glenn, who had found a spot sheltered from the wind and rain.  So we all sketched the nursery across the street.

Then back to Andrea's house for sharing our sketchbooks and selecting from the art supplies that Andrea had organized in our absence.  I didn't really need anything (one of the advantages of switching to digital sketching) but, after everyone else had picked through the piles, I found a couple of mechanical pencils and some lead that should combine well with my mismatched pencil and lead at home.  And a few pouches, that should work to organize something.

I went to Lan Su Garden for their New Year's Day.  For the Year of the Dog. 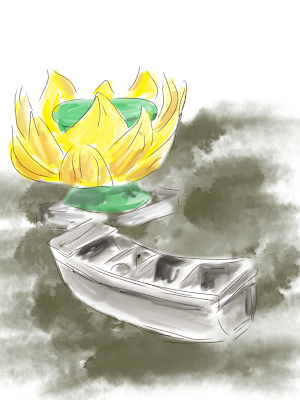  Both the paper bush and daphnes were blooming, so the air was fragrant. I sat down to sketch one of the giant fabric lotus flowers that had been installed in the pond.

Then I circled back to the entrance courtyard, to check out the replacement osmanthus, with a clump of oranges huddled at its feet.  It looks like it's thriving. 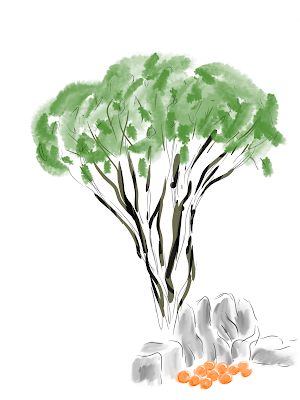 Saturday, Feb. 17, please join us for a sketch materials exchange, waffle brunch, and sketch crawl. Bring your art materials that you don't like to use and get some different stuff.

This is in the Boise neighborhood, near Mississippi Ave.

The image is of the Sunlan Lighting store, just down the street on Mississippi.
Image Credit: portlandtours.net

Posted by Andrea at 7:13 PM No comments:

A couple of sketches including our January sketchcrawl at McMenamin's Kennedy School in NE Portland. 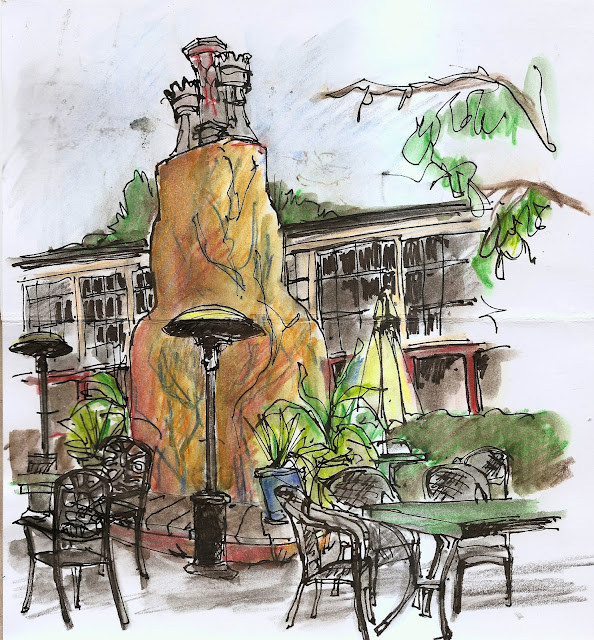 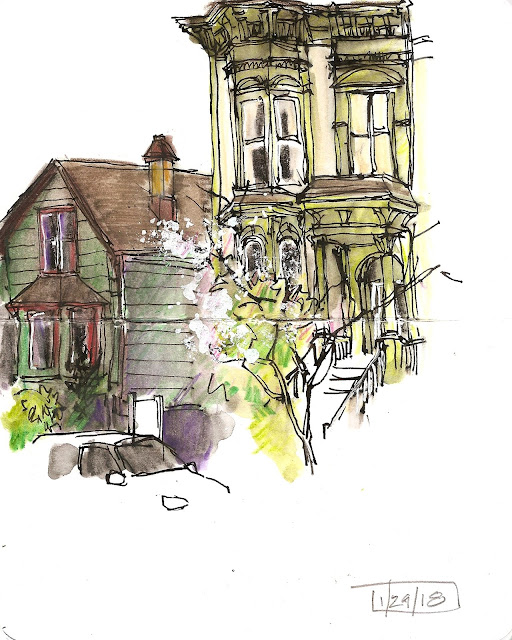 A day last week was good enough to do a bit of outside sketching at PSU. The Beech tree was so spectacular in its winter structure and a great contrast to the PSU Library structure. I wound up doing two sketches from different angles. 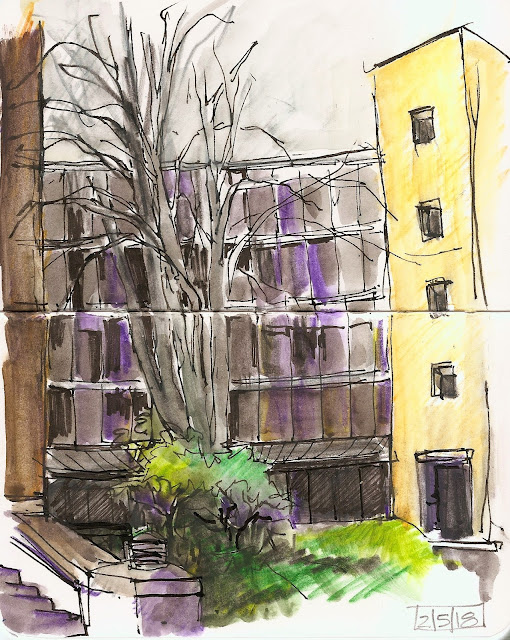 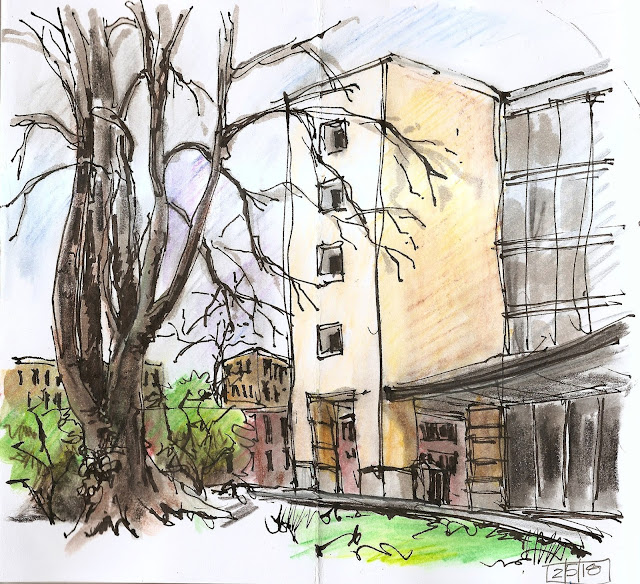 The festival had expanded quite a bit since the last time I visited it, with four hubs now.  The first one that I visited was in the courtyard of the World Trade Center. 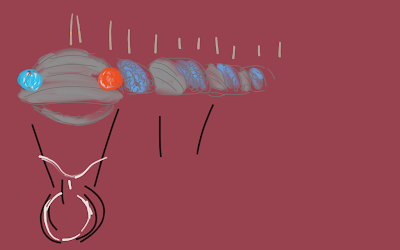 This was a centipede, mounted on top of a half dozen bikes that were hitched together.  This was as far as I got in the sketching before a half a dozen people mounted the bikes and rode it away. 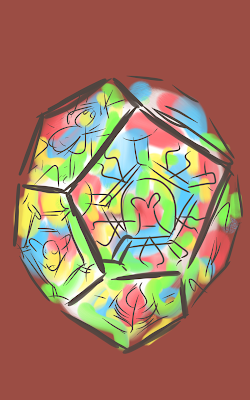 This was a huge dodecahedron containing thousands of LEDs, cycling through endless pretty patterns.  Prettier than I was able to replicate, actually.
  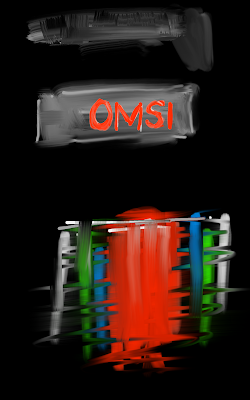 Then I walked down to the waterfront and headed down towards the Tillikum Bridge, stopping to sketch OMSI from across the river.
  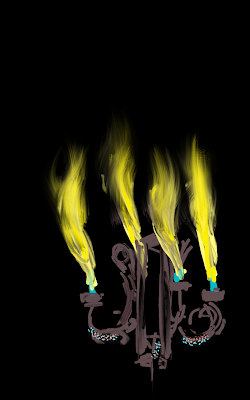 There was another hub at OMSI, with sculptures both along the esplanade and in an empty lot behind the museum.  I remembered some of the works from the last time I came to the festival, but there were many more, including a row of mushrooms, each surrounded by a ring of kids who coaxed music out of it, and this - a steampunk flamethrowing chandelier. 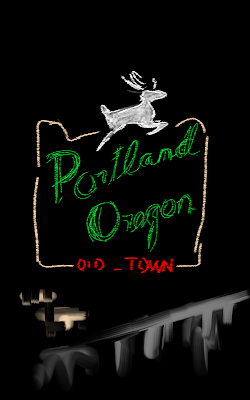 I left that pod and headed north along the esplanade, stopping to sketch the made in Oregon sign.


The third pod was at the North Park Blocks, but I didn't find any sculptures out of doors, only something going on in the PNCA auditorium.  And the fourth was at Cathedral Park, which I wasn't going to walk to.