I grabbed an orange bike to get to the Tilikum Bridge, which meant I got there way early.  Early enough to start with a sketch of the streetcar bridge over the RR tracks. 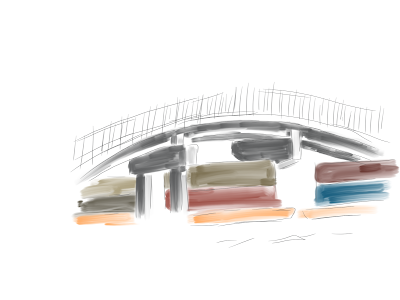  Headed towards the rail museum, looking for another sketch.  But found that the other sketchers were already collecting.  So I chatted for a bit, and then, leaning against the fence (with the westbound MAXes passing a foot behind my head) I did a car and caboose parked in front of the museum. 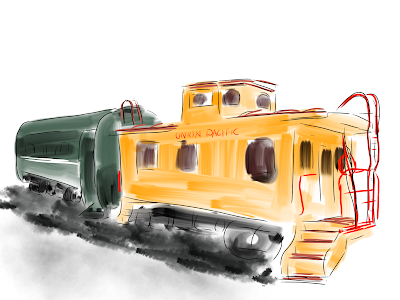 By the time that was done the museum was open.  We went in and browsed a bit, then most of us got on the excursion train to Selwood, leaving only Deb to work her way through the old engines being refurbished in the museum.

We put-putted our way down along the Springwater Corridor getting  off at Oaks Bottom, and I found my way into the amusement park.  And was drawn to their new roller-coaster, the Adrenaline Peak. 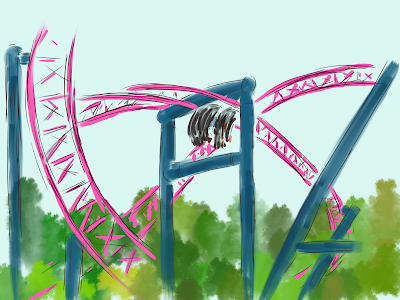 It's a short ride, but an intense one, with the passengers being shot up and down and around and twisting about in a corkscrew.

This is the yearly party at the art museum, where scores of artists sit down in the courtyard and create artworks that are sold to support the museum's youth programs.

I started out just sketching the crowd, which means doing whichever person happened to be in my line of sight. 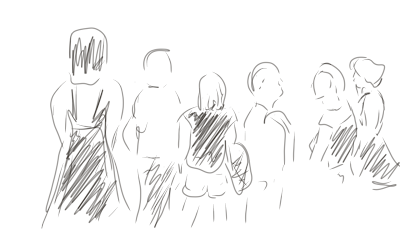 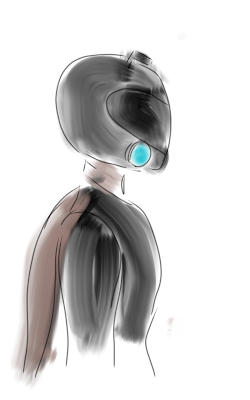  There was also a Darth Vader-ish person.

He was actually much more intricate than I was able to get down.  Cause he got up and left, going out into the crowd.


 
The first shift was ending just about then.  I walked past the tables of adult artists, and found, in the sculpture garden, a model posing for a bunch of kids. 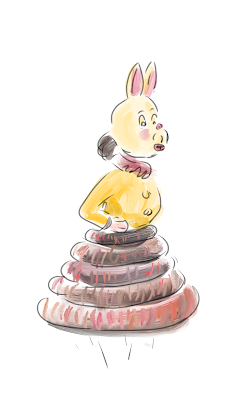 Deb had organized an impromptu sketchcrawl for a visitor from Hamburg.  A few of us met in the coffee shop at the center of Ladd's Addition, and then scattered through the neighborhood.

I headed vaguely towards the south, where Deb had said there was an interesting church-like building with statues.  And found it.
  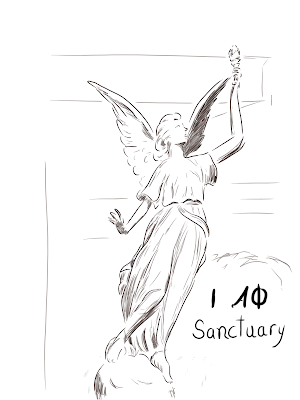 I read the first part of the name as Greek characters.  But when I got home and asked google, it said that this was the "I AM" sanctuary.

Let's go to Laurelhurst and sketch the Old Laurelhurst Church.  There are so many things to sketch 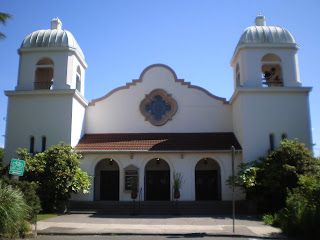 around here, including Laurelhurst Park.


Delaying this sketch crawl by a week to the 4th Saturday, because I most likely have a conflict.

Posted by Andrea at 4:04 PM No comments: