We will be traveling to the East-side to the very intriguing Hawthorne Asylum Food Cart Pod located at 1080 SE Madison St. Read the history at the link below.

Street parking may be difficult.....Transit options are suggested (bus and streetcar). 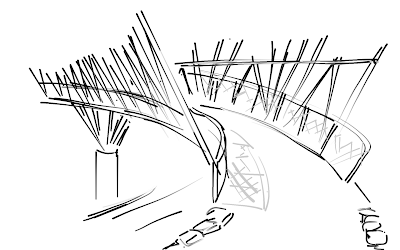 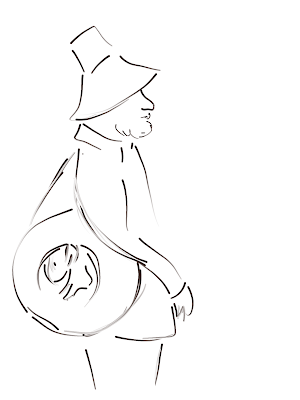 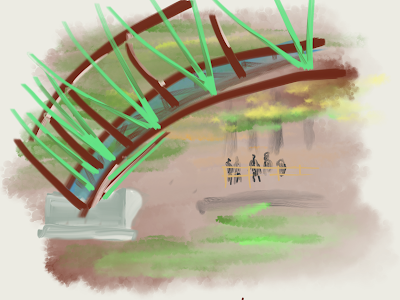 I'm not happy with the result.  But I'm not going to throw it away.  Cause I'll never get another chance sketching from the middle of Burnside.
Posted by ali at 8:36 PM No comments:

Fall trees and the Broadway Bridge

Many thanks to the owners of the parking garage for allowing us to use their place for this month's sketchcrawl. And to Deb for arranging it! While some people stayed outside and painted in the sporadic rain, several of us went into the garage where we had views from the upper levels.

Deb had wrangled permission to use the parking garage near the train station.  I found a spot partway up the stairway and did a sketch from there. 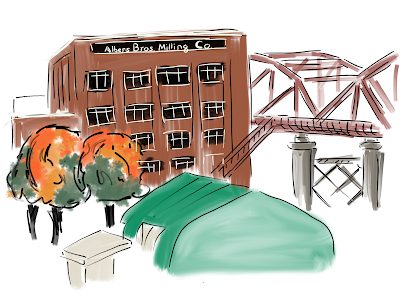 By the time I'd finished that, it was dry - sunny even - and I thought I'd chance another one from the pedestrian bridge on other side of the train station.  But, of course, it started raining by the time I got there.  I looked for shelter nearby, and ended up under the bridge, looking up at it. 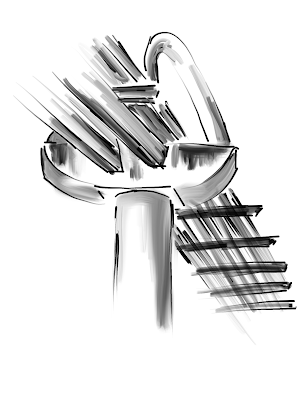 Another good turnout for the September sketchcrawl, a little chilly but no rain. I brought a long piece of paper folded into an accordion, but not too long to make it unwieldy.