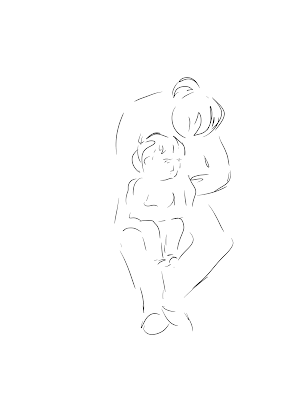 I headed north from the meeting point, starting out by wandering through Woodlawn Park.  I sat down on the bridge and did a quick (of necessity) sketch of a mother and child on the slides.  They were gone before I'd finished, so half of the sketch was done from memory. 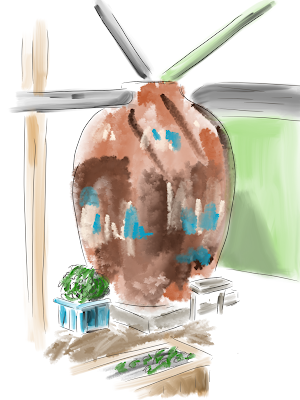 On to Woodlawn school, where I did a giant pottery urn, collecting rain-water for the adjoining gardens.

I'd been hearing trains to the north, so I headed to the edge of the school grounds to take a peek down the hill.  And saw looming over the industrial buildings on the flats, the OHS.  I hadn't realized that you could get to it from here.

Well, you can sort of get to it.  I headed down the hill and got across Lombard at a light.  But I'm way too old to try sprinting across Columbia.  So I leaned against a fence on the corner and sketched, first a massive old cherry tree on the grounds, and then the building itself. 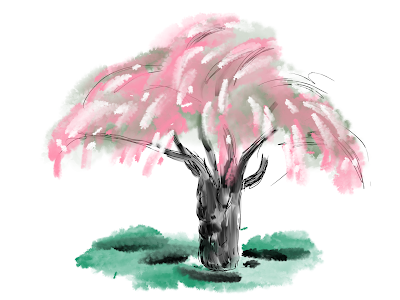 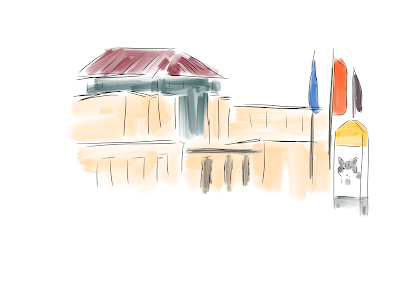 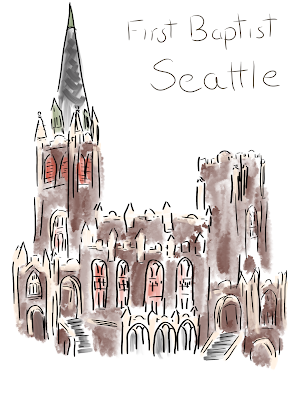 I was up for a concert on Thursday, and stuck around for a sketchcrawl on Friday morning.  It was raining lightly for most of the morning, so I wandered around looking for places that were out of the rain and had a view of something interesting.  I circled the area for a bit until I ended up at the top of First Hill, tucked into the entrance of the Polyclinic, and sketching First Baptist (where the concert had been).  It's actually even more baroque than this.  I left out about half of the twiddly bits. 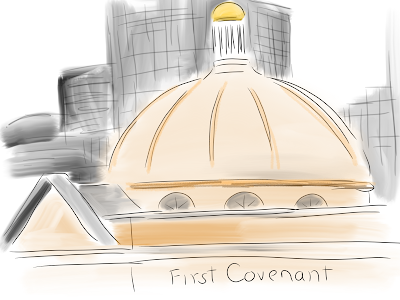 Then I headed back down to Pike and found a spot where I could see the dome of First Covenant (the body was hidden behind a building with a parking lot on its roof) with the buildings of downtown rising behind it. 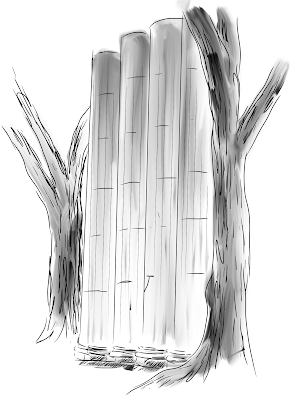 By this time the rain had finally stopped, so I walked down to do the Plymouth Columns, which were still dark with the morning's rain.  The trees in the park have grown significantly since I left town. 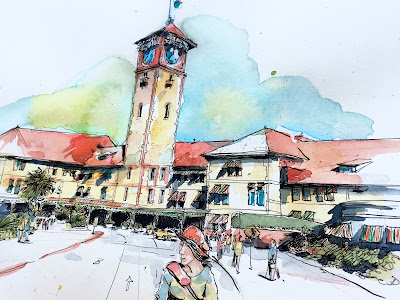 We are off to great start with this year's 10x10 Workshops. The first three is the series are now completely sold out. There are still a few spaces left in some workshops starting with June 2nd's It’s All a Matter of Perspective: Step by Step Guide to Drawing Believable Cities. Don't miss you chance to be part of this exciting educational opportunity. For more information and to register...
Posted by Rita Sabler, USk Education Director at 3:28 PM 1 comment: