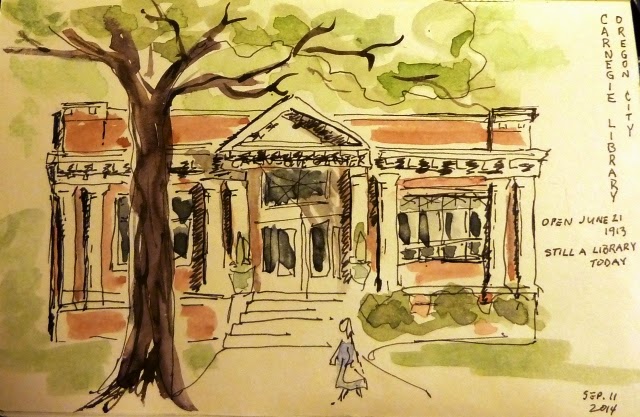 This is from last week. I thought I should wait for somebody else to post before I put up another one!

This is a beautiful building, still in use as a library. It was constructed with a $12,000 grant from Andrew Carnegie. As for all the Carnegie libraries, the host city was required to match the construction costs and demonstrate it could fund operations. Last year the library celebrated its 100th anniversary with a delightful civic event involving the Mayor in period dress and a reference librarian who could have passed for the venerable Andrew himself. Next year the library is beginning an expansion project. The original building will remain as the front entrance to the new facility which will wing into the hillside behind.

Posted by SusanLayne at 3:20 PM