It was an overcast and slightly chilly morning. The campus is beautiful but locked up tight. Google said the library was open on Saturday, but was also unaware of summer hours so there was a bit of a bathroom snafu. I discovered there are port-a-potties in the Rhododendron Garden parking lot but in the end someone discovered some bathrooms in the lower level of the library that were unlocked. Whew!

Some people went into the canyon while others focused on the buildings. 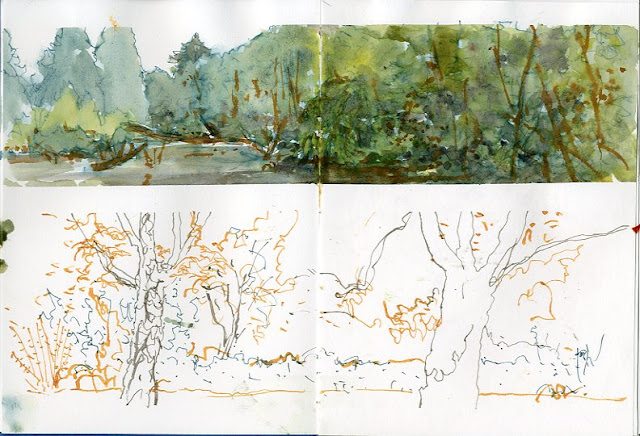 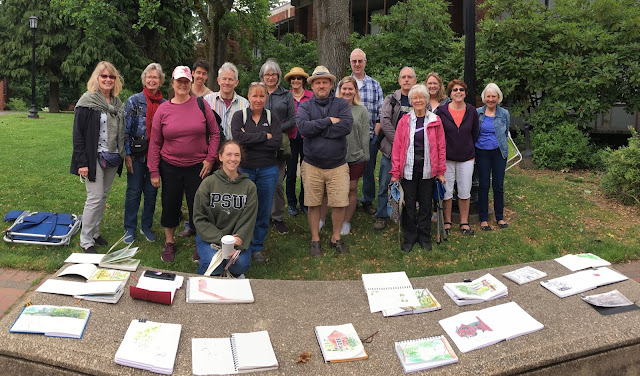 A few of us gathered at Gigantic Brewery. The brewery has artists design all their labels for them. They also encourage their patrons to embellish the blank 'G' on the back of their coasters. Glen, Cara, Travis Monica, and I complied. If they like them they put them up on their wall around the window at the bar. I'll go back to check to see if we made the cut. 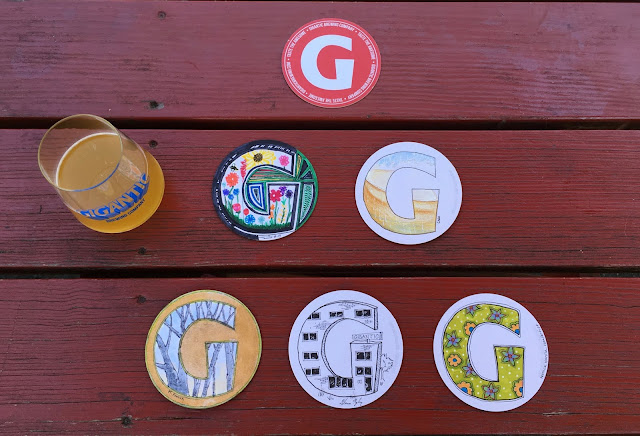