Impressions of Lisbon by Linda Engstrom 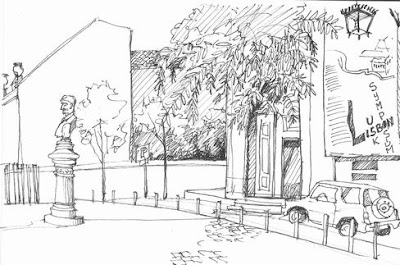 I spent two weeks in Portugal and took over 500 photographs along with filling my sketchbook! What struck me about Lisbon were the wonderful and varied patterns ....coming from the intricately cobbled streets and sidewalks, to the tiled houses and walls, to the varied patterns of light and shadow on the many narrow winding and hilly streets. The buildings were amazingly intricate, and the grid-lines of trolley wires above many of the streets added another layer of pattern over everything. Our plain concrete sidewalks here in Portland seem very boring now! I even managed to bring home an actual Lisbon cobble stone (from a pile on the sidewalk where they were doing some repairs) 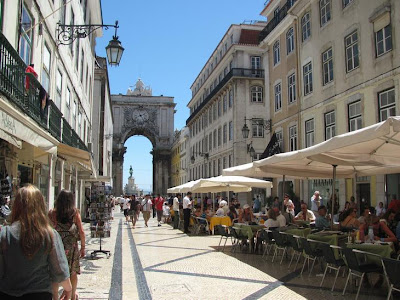 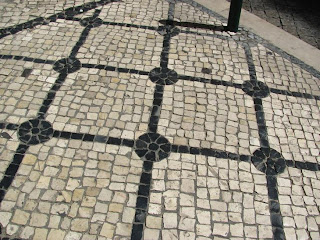 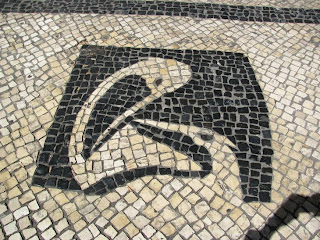 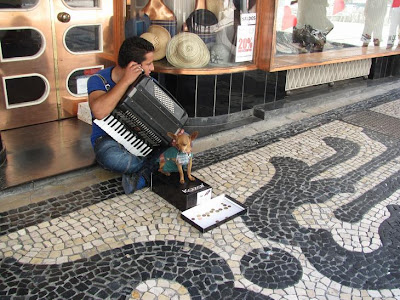 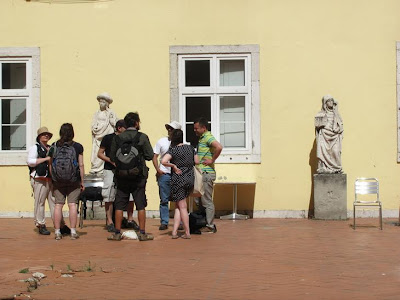 We met the first day in the large yellow-walled courtyard of the art college... 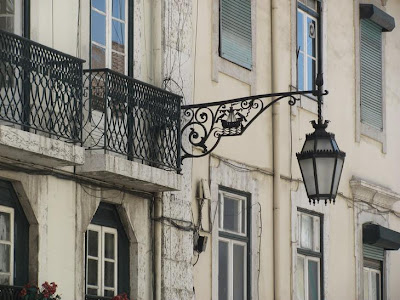 Then, after introductions and meeting with our individual instructors, we fanned out onto the streets of Lisbon for our first 3 hour workshop! 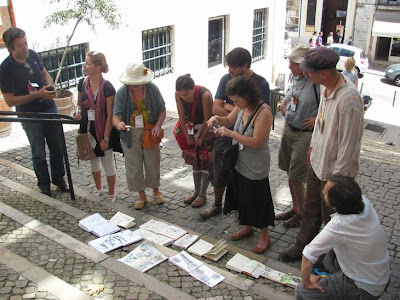 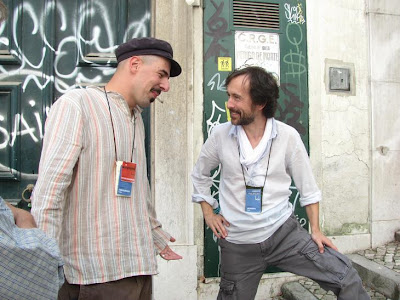 Two of my favorite instructors were Pedro Fernandes and Joao Moreno, both from Portugal. 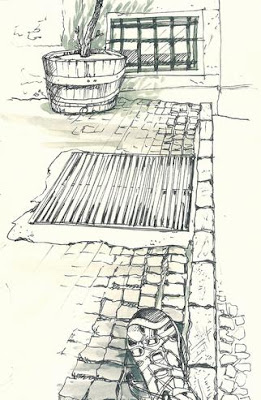 Following a vertical axis across the narrow cobbled street....with my sandeled foot leading the way! So little time and soooo much to draw!!@! 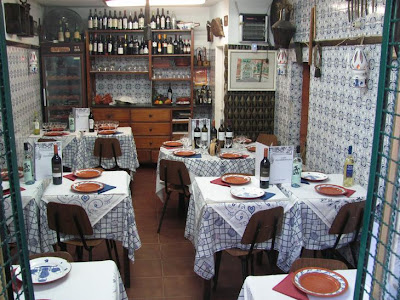 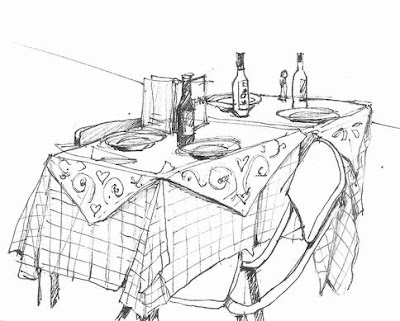 Sketching went on even during the lunch hour...this small restaurant had the typical blue and white Portuguese tiles covering the walls. 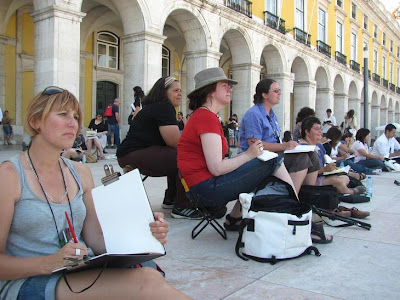 We all gathered for the world-wide sketch crawl until the light faded on the Terreiro do Paco..... (Alanna in Blue shirt) 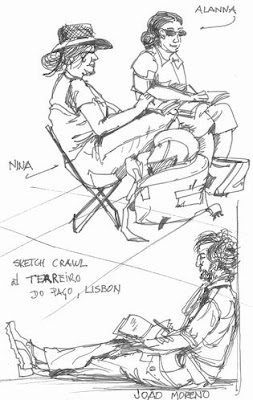 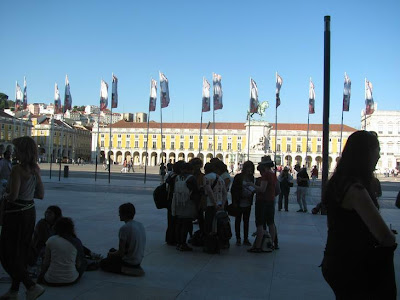 Just a sampling of a great trip that I hated to see end! 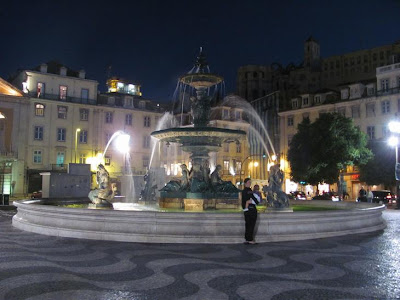 From Lisbon we traveled by bus and train to Sintra,Obidos ,and Belem....then rented a car and drove to the Algarve region on the Southern Coast. That's another story ....to be told later. ( a visual overload!!!!)
Posted by Linda at 2:07 PM