After the catastrophic failure of the last catalpa, the city came out to look at my two remaining 90 year old trees.  The decision was that one still might make 100.  But the other one had to come down before spring. 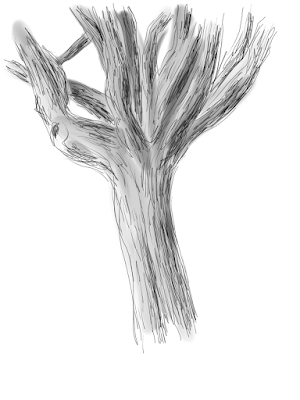 So, on Sunday afternoon I sat down in the sun (on the stump of the downed tree actually) and did a farewell sketch. 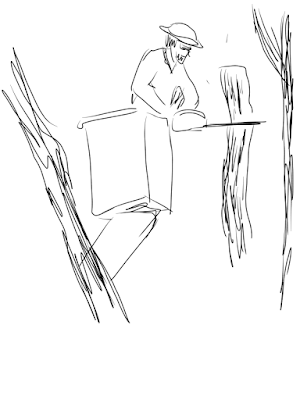 Since the tree passes close to the power lines, PGE had to be involved.  They showed up yesterday and cut down about a third of the tree. 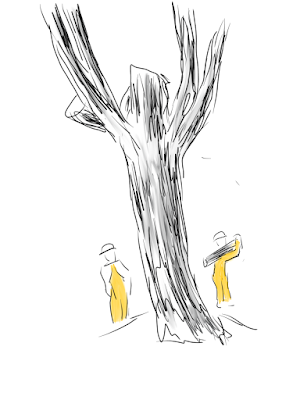 Then my own arborist showed up this morning to deal with the rest of it. 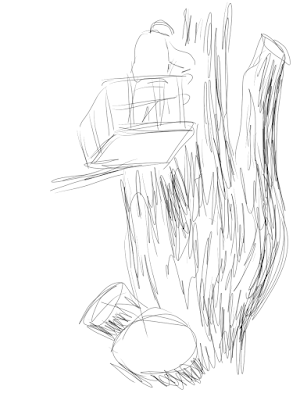 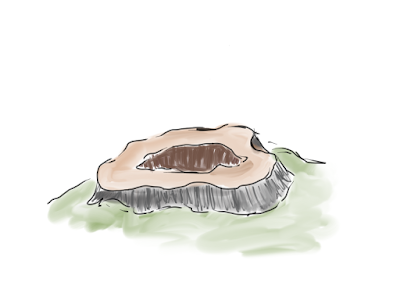 The rot that had condemned the tree didn't show up until the trunk was finally felled.  The cavity was so large that the man who made the last cut put down his chainsaw and was able to sit down inside the tree.