OK, I tried a continuous line drawing. Actually, I tried it twice, and then reverted to standard (virtual) brush strokes.

And I decided to document activities that I used to do often, but have let slip of late, and have now taken up again during the pandemic. 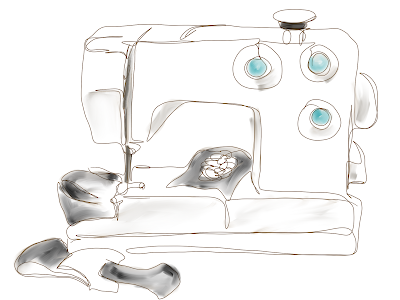 I found the continuous line business difficult to do on a tablet, because I couldn't zoom in.  Which meant that I couldn't see exactly where the line was going down under my finger.

But I tried it again to show that I've started baking bread again. 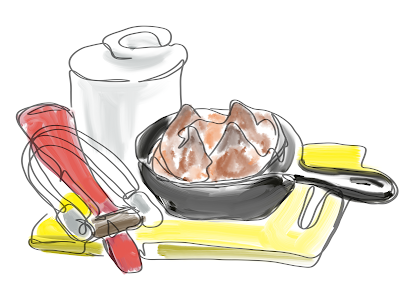 This one was difficult too, because that bread was right out of the oven and just smelled so good. So, as soon as the sketch was finished, I cut it open to eat a quarter of it.  And then another quarter, with butter. 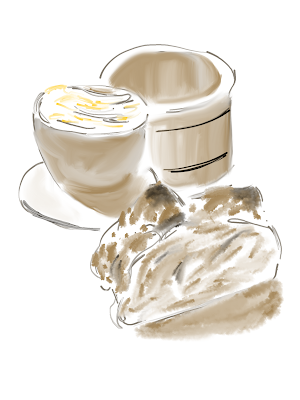